This January saw 8 groups, from the Ursuline College, consisting of 15 students travelling to the RDS in Dublin to display their projects and compete in the BT Young Scientist & Technology Exhibition 2016. They were accompanied by their physics teacher and mentor, Mr. Anthony Carolan. The groups consisted of Maura & Brid Madden who invented and constructed a safe charging station for mobile devices, in order to monitor overheating and prevent fires. They were awarded 2nd in the senior technology section and a special award from Portwest for best safety project. The second project was conducted by Fatma Dogan, who had studied the link between left and right brain dominance in relation to dyslexia. The third individual project was presented by Nadia Mohamed, who investigated the link between leaf yeast growth and associated pollution in different areas of Sligo. The 4th project was an innovative technology device coded and built by Ellen Woodward. It monitored and displayed complex emotions of the wearer. The 5th group consisted of Rosha McDonnell and Laoise Moylan. This team investigated the effect of different frequency LED light on metabolic rate in organisms. This idea awarded them a highly commended for their work. The 6th group taking part consisted of Isobel Roche, Holly O’Boyle and Tara Ni Bhroin, who conducted a study on phantom limb sensation and mirror therapy. The 7th group, made up of Kate Ward & Yaida Joof, tested and recorded the correlation between loud eating and concentration on tasks. Finally, the last group, comprising Ella McDaid, Niamh Carolan & Líle Hensey, built a prototype adjustable lens system to increase solar cell efficiency. They were delighted to win a highly commended for this project. Between all the groups, 2 highly commended, a 2nd in Senior Technology category and a special award were won. The students were highly successful to have made the final and all impressed the judges and public with their innovative projects. All the students had a very enjoyable experience and one in which they will remember for some time. Congratulations to all 8 groups and best of luck in the future with their projects. A special word of thanks goes to all their sponsors and in particular Abbotts who have assisted them for many years and IT Sligo who not only gave financial assistance but also ran a judging session with lecturers prior to Christmas, which was invaluable. 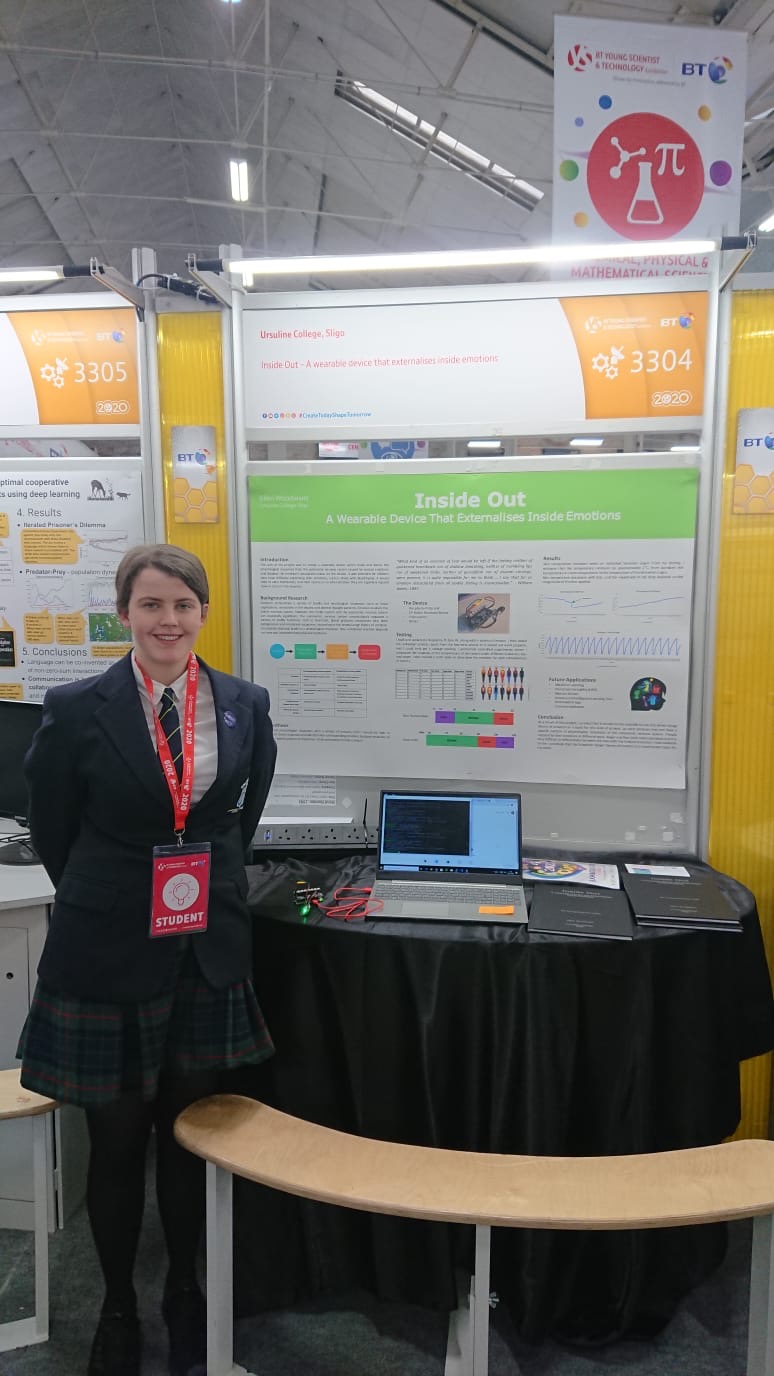 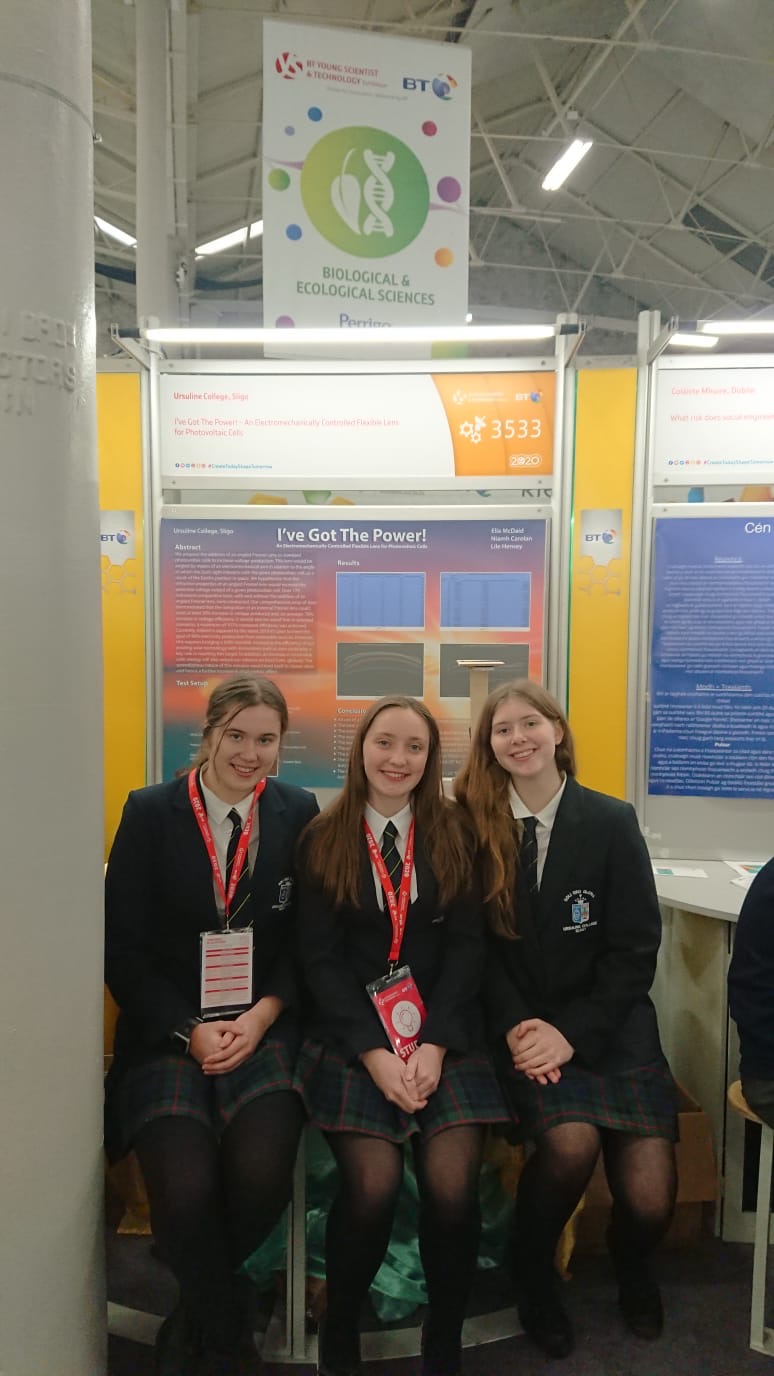 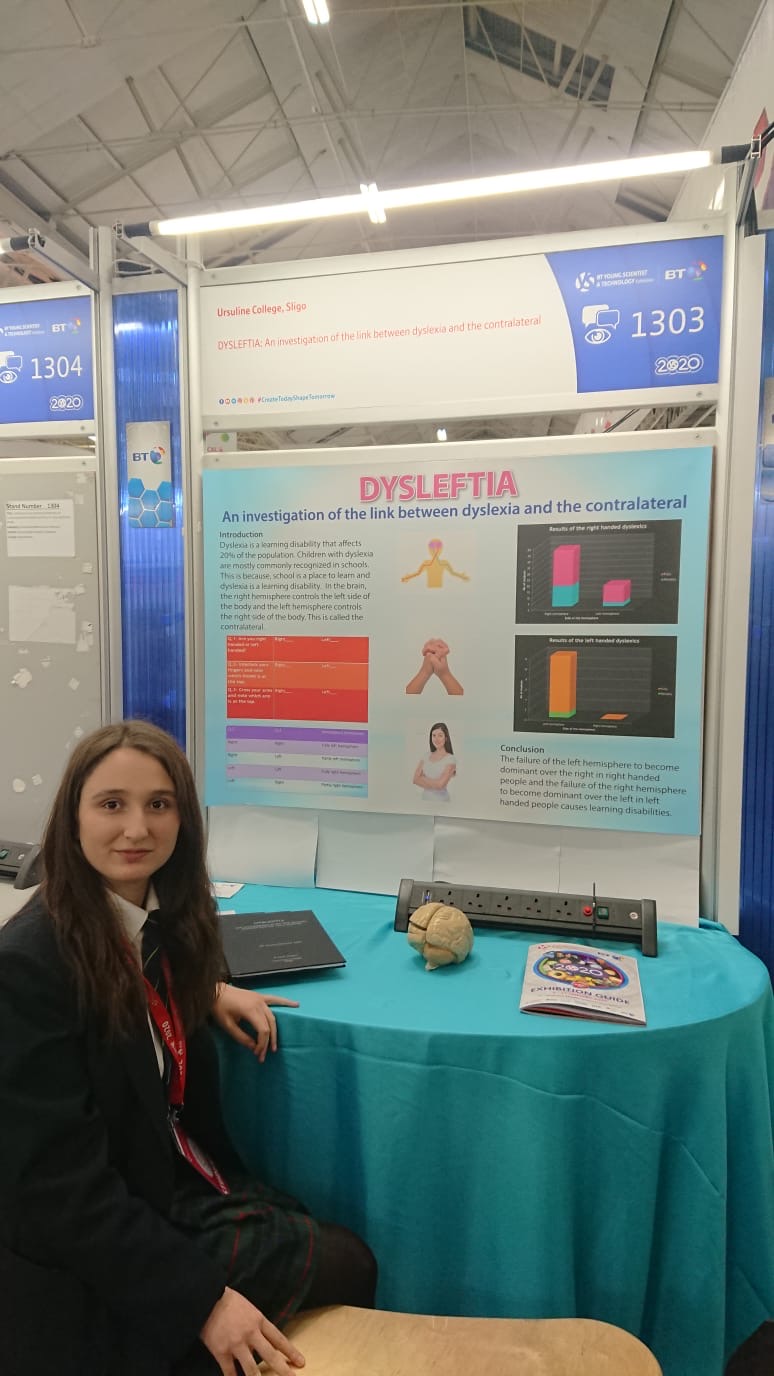 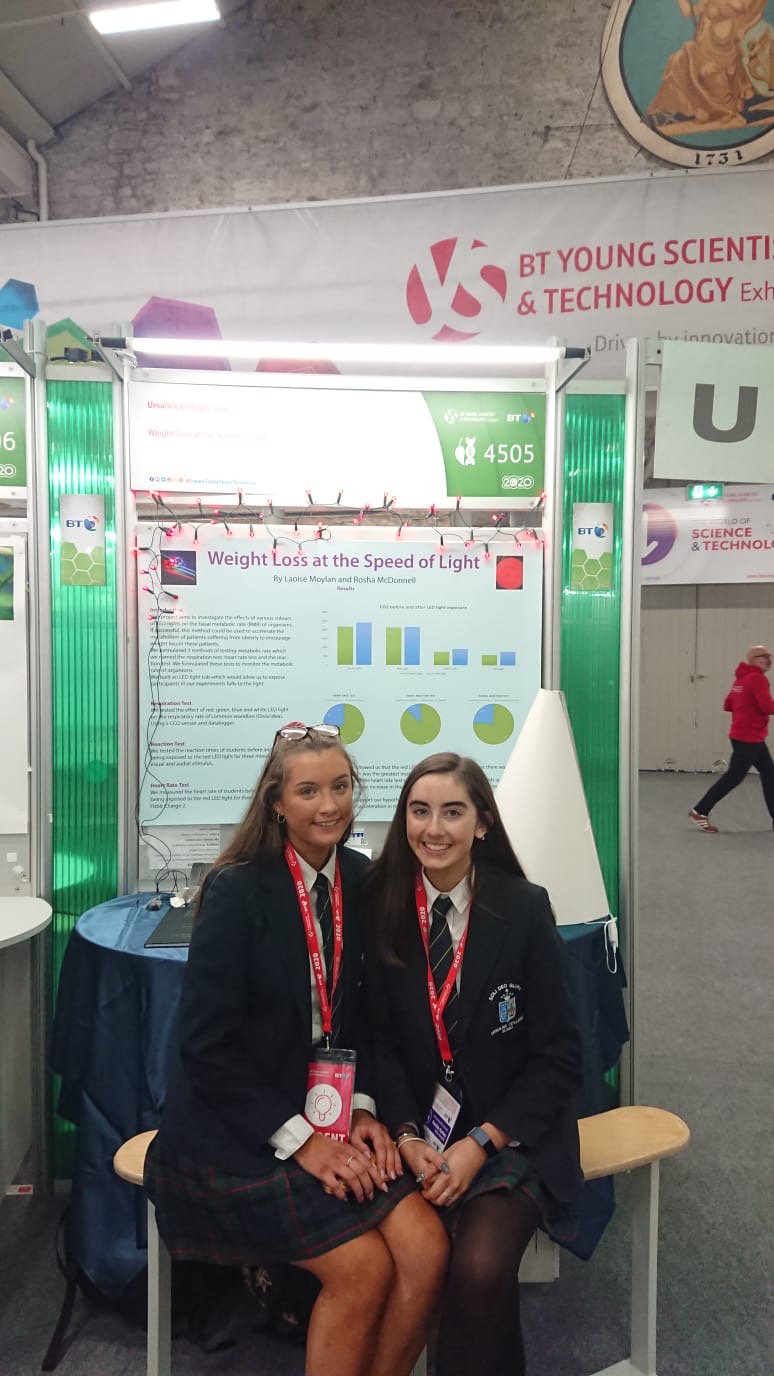 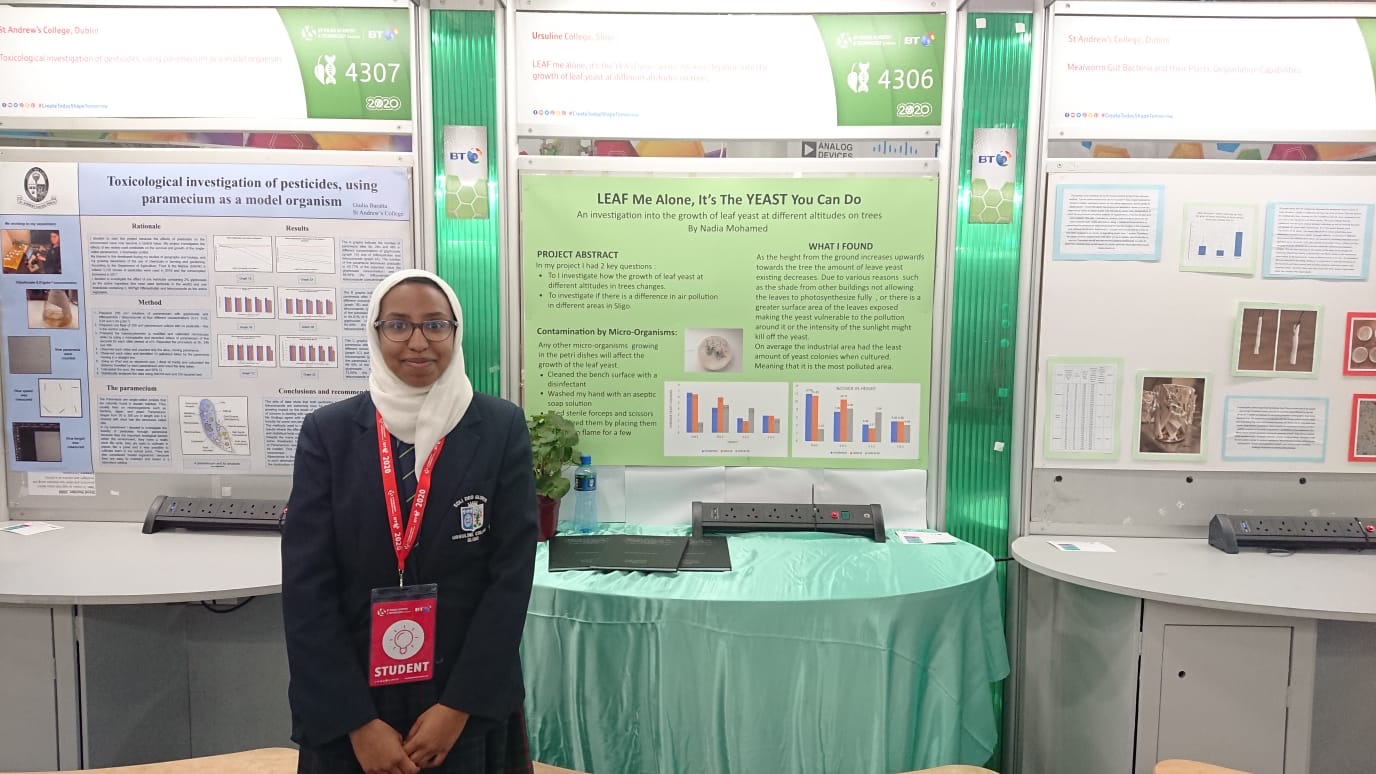 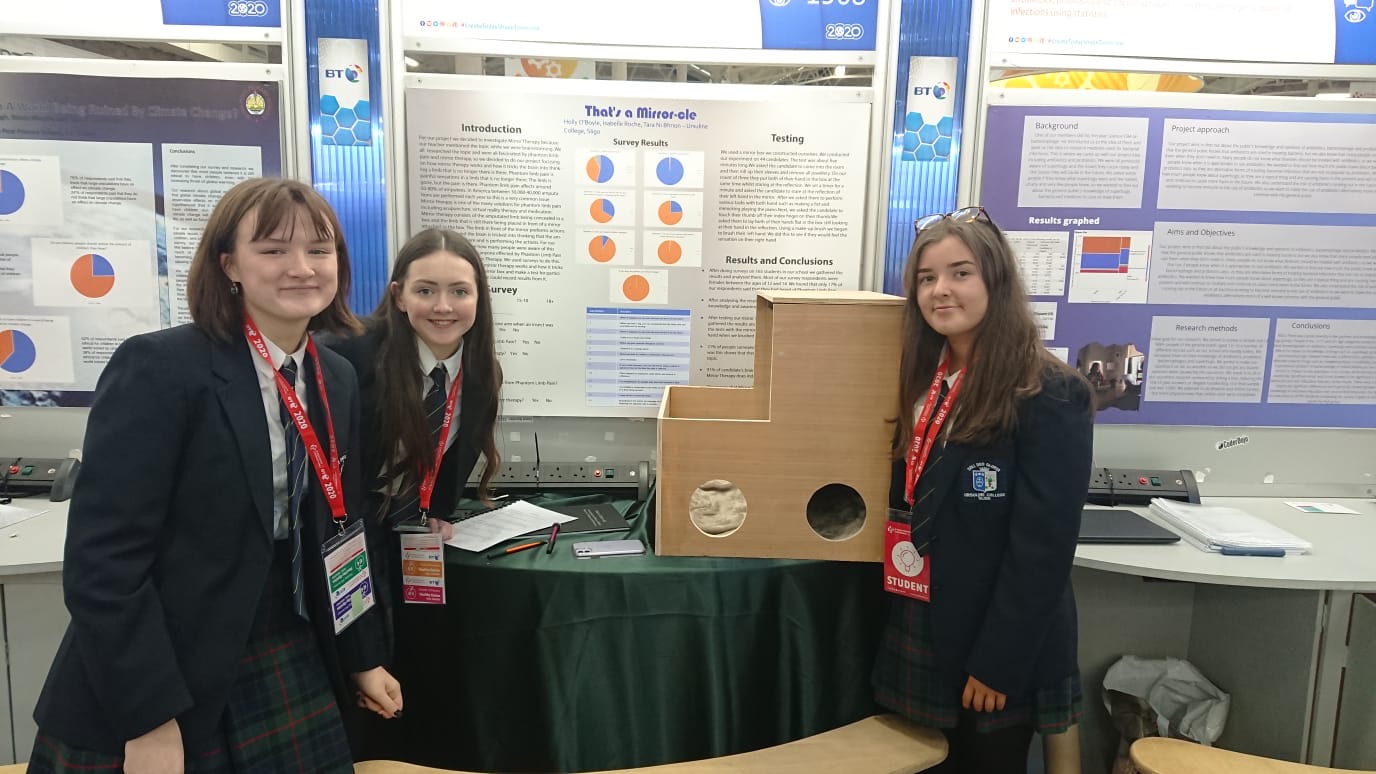 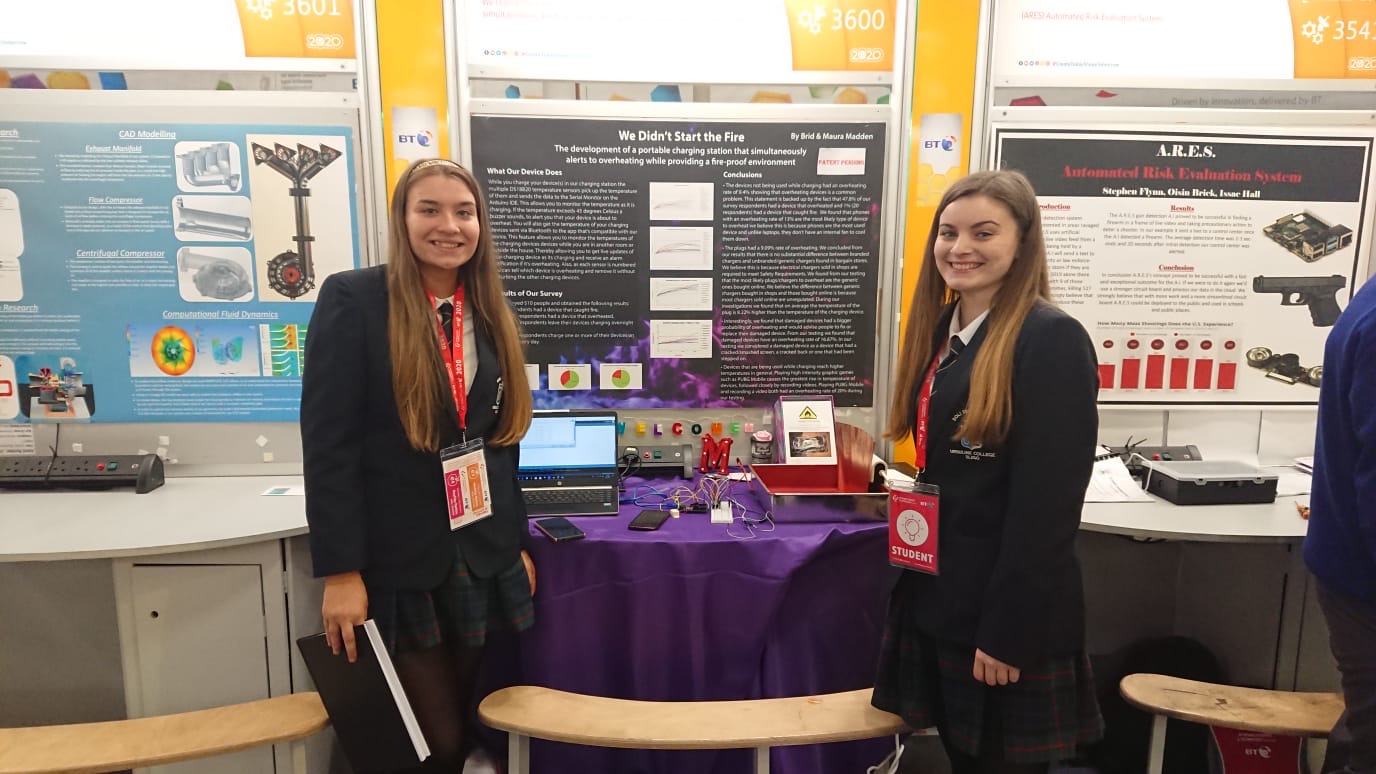 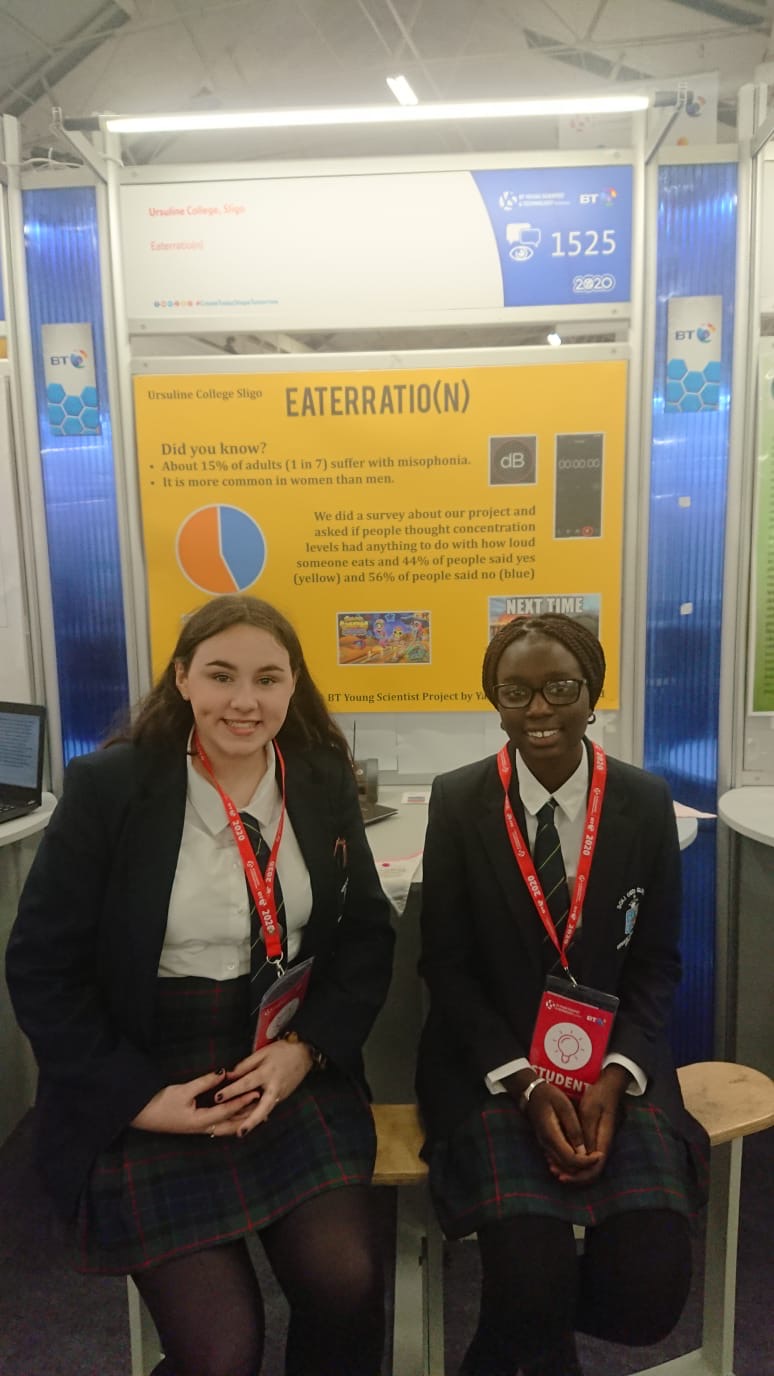