Mr. Micheal Martin T.D. leader of the opposition in the Dail visited Ursuline College on Thursday April 12th. He was accompanied by local Fianna Fail T.D.s Eamonn Scanlon and Mark McSharry. A former History teacher, Mr Martin met with the 5th Year History class. In a very interesting talk, he encouraged students to study what they love and to become involved in the community. He described his life in politics and cited his grandmother’s membership of Cumann na mBan as an inspiration. He then fielded questions from students on a diverse range of topics ranging from Brexit, lowering the voting age, promoting the Irish language to the importance of History in schools. Next stop was the Home Economics class!

He also addressed students in their classrooms bringing him back to his first occupation, that of a teacher of history. 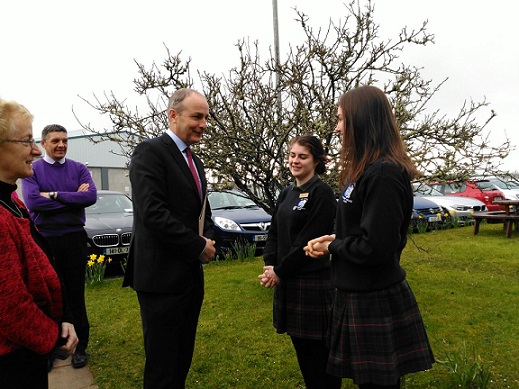 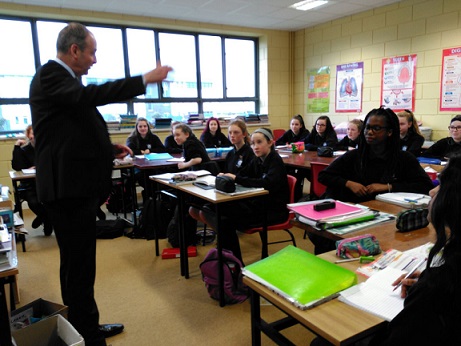